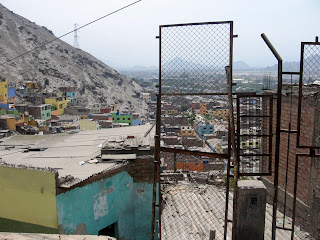 The Joy of Architecture (A. L. Huxtable)

"Every age cuts and pastes history to suit its own purposes; art always has an a to grind. Classical Rome became the Renaissance in the eyes of the fifteenth century. Every great artist is re-created in the chosen image of a particular time. No "historic reconstruction" is ever really true to the original; there is neither the desire nor the courage to embrace another era's taste. We keep what we like and discard what we don't. In the recent past the nineteenth century has been disdained except for a limited interpretation tailored to modernist taste and beliefs, for a fascinating, if somewhat hobbled, history.

Fortunately, great art contains enough to satisfy each generation's needs, and there is always pleasure in the process of rediscovery. The news is that the academy wasn't all that bad, and the action wasn't only in the world-class cities [...]. The realization is growing that a great deal has happened outside the conventional center of power and culture and there is a whole world of architecture between New York and San Francisco and beyond Charleston and Savannah, lost in the shadow of the Chicago skyscrapers. It has been there all along, but the tendency has been to write it off and out of the history books.

The immediate gain is for architectural scholarship. We are undoubtedly suiting our own biased vision again, but we are achieving a richer and broader mix, enlarging experience and aesthetic response. The emphasis is on the material that is the most troubling to modernists - the kind of sentiment and ornament in Frank Lloyd Wright's work, for example, that the nineteenth century admired and the twentieth century banished. Bypassed achievements and unfamiliar or unsettling aspects of familiar work are being explored enthusiastically.

In a curious way, the door has been opened for serious study, not just by revisionist scholarship, which has been operating quietly for some time, but by the relaxation of conventional "received" standards. This includes de fashionable vogue for nostalgia and camp; the trivia of the recent past has become an enormously popular stylistic dig. No earnest and involved intellectual justifications are offered for the vigorous pursuit of the novel and the new; the objective is pure perverse delight in artifacts bound to shock those whose values are being challenged. There is nothing so far out, the new taste makers seem to be telling us, that it cannot be embraced. There is nothing so antimodern that it cannot be accepted. There is nothing so totally rejected that we cannot admire it now, and if that means rewriting history, we will do so.

But the game is not a scholarly one alone. As with so much else in our determinedly hedonistic society with its emphasis on short-term satisfactions, the consistent theme is pleasure. There is so much more to see, to experience, to understand, to enjoy. There are worse ways of pursuing today's liberated sensibility. The Joy of Architecture must be on some publisher's list by now."

On Architecture and Aesthetics (Slavoj Zizek)